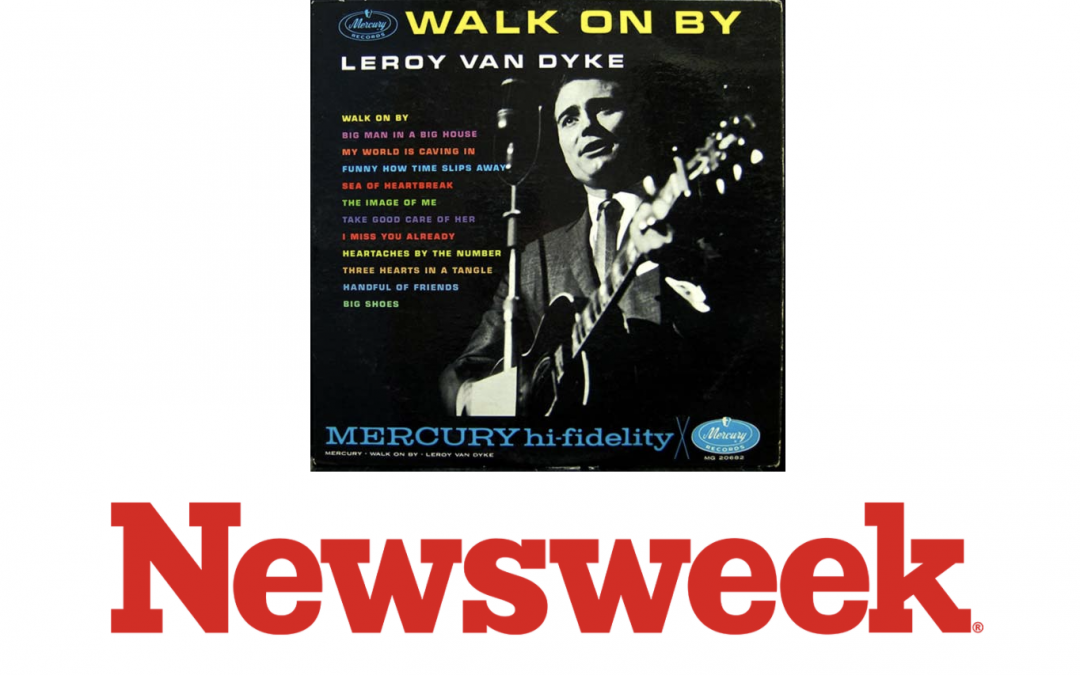 NASHVILLE, Tenn. – To ring in the New Year, Newsweek in association with Billboard magazine compiled a list of the Top 100 Country Songs of All Time. These singles are deemed essential to country music history and to the evolution of modern country songs. From 1959 to the present day, these singles leave a lasting impression on fans around the world. 2911 Media clients frequent the list ranking from #2 to #84 with artists such as Leroy Van Dyke, Charley Pride, Lynn Anderson, Conway Twitty, T.G Sheppard, Crystal Gayle, and Johnny Lee standing out as country staples.

The #2 spot on the list occupies the single, “Walk on By” by Leroy Van Dyke. It spent 37 weeks on the country charts in 1961, with a record-breaking 19 in the #1 spot. It was one of the first country-rock songs that inspired rock bands such as the Eagles.

“The main ingredient to any degree of success in the music business is finding the magic song,” says Leroy Van Dyke. “‘Walk On By’ was my lucky charm! After that, it’s remaining proficient and professional.”

Other record-breaking hits such as, “Kiss An Angel Good Mornin” by Charley Pride, “Rose Garden” by Lynn Anderson, “Hello Darlin'” and “You’ve Never Been This Far Before” by Conway Twitty, “Party Time” by T.G Sheppard, “I’ll Get Over You” by Crystal Gayle and “Lookin’ For Love” by Johnny Lee contribute to the Top 100 list and round out the 2911 Media roster; providing constant inspiration for modern country artists. These songs have lasted the tests of time and will continue to shape the genre for years to come.

Visit HERE to read the Newsweek, Top 100 Country Songs of All Time Rankings.